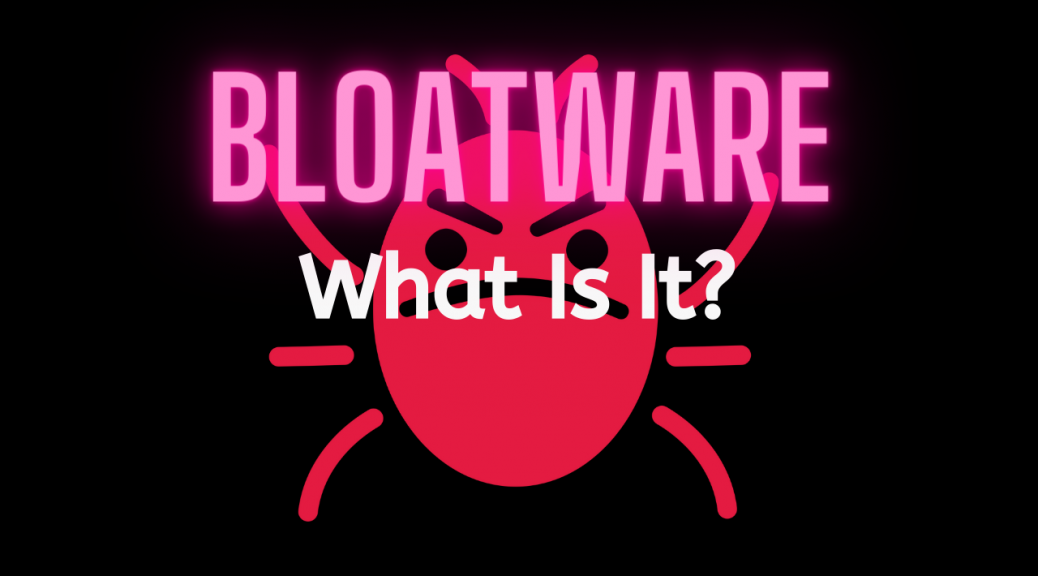 What Is Bloatware and How Does It Work?

Bloatware is essentially a PuP (potentially unwanted program) that can be found on a PC or a smartphone as well. Bloatware usually finds its way into our computers either by being pre-installed by the manufacturer after being pre-installed on the PC, by us downloading files without performing the necessary research or by us keeping files we downloaded years ago.

Getting Rid of Bloatware

To remove bloatware, either have a look through the list of applications and programs that are installed on your computer and remove those apps that you don’t use, or sweep your computer with reputable anti-malware scanners like the one provided by Malwarebytes. Finally, keep mindful of the apps installed on your PC and remove them as soon as you’re done using them if you’re sure you won’t need to use them ever again. We hope that this blog has been informational, stick around for more content, follow us on LinkedIn and Twitter for updates, and until next time!