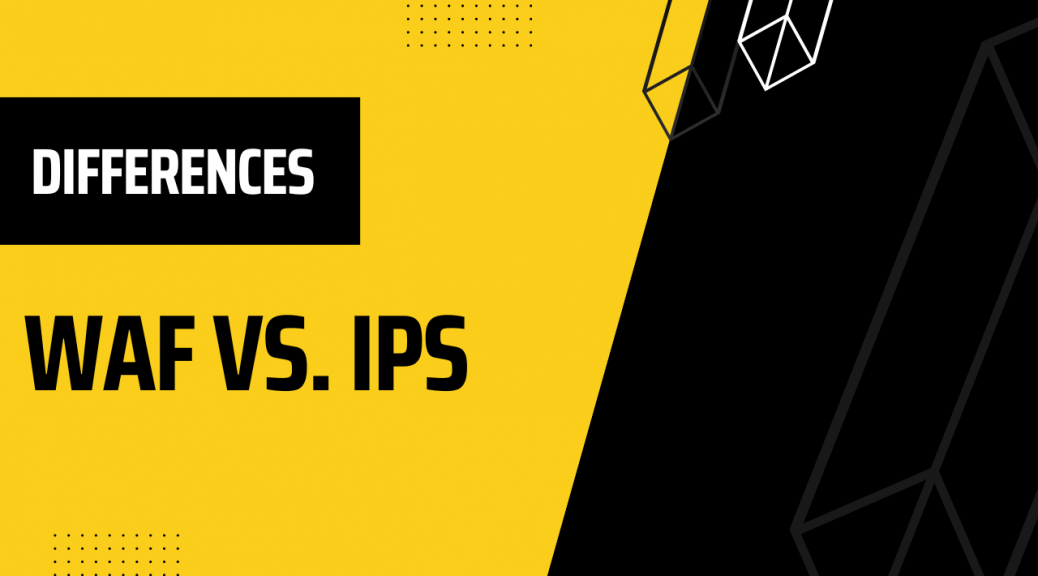 If you’ve been around the security space for a while, you’ve for sure heard the terms “WAF” and “IPS.” Those two terms, while often used interchangeably, are not the same. A WAF stands for Web Application Firewall and an IPS stands for Intrusion Prevention System. These two software solutions are both used to protect web applications from harm – however, they both do different things. A WAF shields web applications from the most frequent attacks targeting them including SQL injection (SQLi), Cross-site Scripting (XSS), Cross-site Request Forgery (CSRF), and the like, while an IPS is used to prevent intrusions into a system it’s deployed on. In this blog, we dive deeper into those two software solutions.

A WAF, as previously explained, stands for a Web Application Firewall. Its core purpose is to protect a given web application from attacks like:

An IPS, as previously explained, stands for an Intrusion Prevention System. Differently from a WAF, an IPS monitors a network for malicious activity and takes predefined action (frequently reporting and / or blocking the attack) to prevent it.

An IPS is also very similar to an IDS – an IDS simply detects malicious activity, but does not act on it in any way. While an IDS cannot take any action other than detecting and logging the attack, IPS can.

An IPS can have three types – it can either be signature-based, anomaly-based, or policy-based. These three types have their own distinct advantages:

The most frequent type of IPS out there are signature-based intrusion prevention systems, which, as already explained, work on a signature-based principle. As such, signatures need to be very frequently updated to avoid them being bypassed by an attacker, but while doing so administrators need to be aware that the “harsher” their security policies are, the tougher work for ordinary users becomes. The key here, as you can probably already tell, is fending off attackers while keeping the inconvenience created for users to a minimum. That way we will reach the golden medium.

A WAF is usually applied to an entire web application as a whole, and an IPS is usually applied on the third network layer to protect the network. As such, when deciding what and when to use, keep the following questions in mind:

After you’ve decided what you need, choose an appropriate WAF or an IPS. There are a couple of reliable vendors including CloudFlare, Imperva, and others, and the price will also fluctuate depending on your requirements. Contrary to popular belief, though, both systems can also be self-made and on the basic level they will function very well, though be aware that doing so would require a lot of work – that probably goes without saying.

Lastly, keep in mind that a WAF or an IPS alone won’t get you very far – to strengthen the security of your organization even further, consider employing services provided by BreachDirectory or other vendors to ensure that all of your employees are safe from identity theft attacks at any given moment.

Combine those appliances together with services provided by BreachDirectory, and you will certainly reach the security heaven you dream of – while a WAF and an IPS will help secure your application against all possible threats, services provided by BreachDirectory will provide you with access to an API appliance that will allow you to query a list of extensive data breaches all at once to secure yourself, your organization, and your employees.

We hope you’ve enjoyed reading this blog – search yourself through BreachDirectory, and come back to this blog a little later to read up on news in the cyber security space.