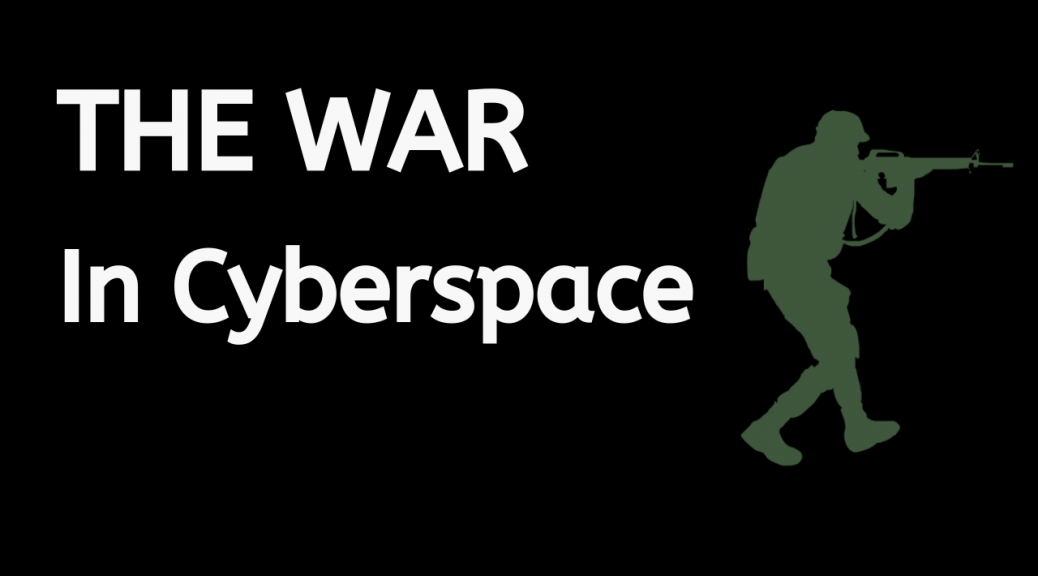 On February 24, the world saw something everybody thought would never be seen before – war on European soil. Russia attacked Ukraine and announced a “special military operation” – in reality, that was a full-scale war on Ukrainian soil.

As with every war, there are casualties, and wars usually happen on multiple fronts – cyberspace being a big one. However, we’re not here to discuss only the war between Russia and Ukraine in the cybercriminal underworld: we also want to figure out what effect does the Russo-Ukrainian war have in cyberspace in general.

According to multiple sources, cyber attacks against Ukraine have increased dramatically ever since Russia has invaded – according to Checkpoint, Ukrainian corporate networks experience over 1,500 attacks every week.

This year, attacks on Ukrainian state bodies have presumably started in January with alleged Russian hackers attacking Ukrainian government websites well before the invasion itself. On 25 February 2022, Ukraine also established an “IT Army” – it’s allegedly an organization consisting of volunteers conducting cyberwarfare against military targets.

The army is allegedly divided into two cyber units – offensive and defensive. Offensive units are alleged to conduct operations in cyberspace against military targets in Russia, while defensive units defend Ukraine’s critical infrastructure.

Same thing is happening in Russia – according to Politico, Russian hackers target not only targets in Ukraine, but also other countries that help Ukrainians in their war efforts.

According to sources on Twitter, a team of hackers going by the pseudonym “Conti Team” has announced their “full support” of Russian government on February 25th, meaning that if anyone would attack any infrastructure in Russia’s cyberspace, the team is going to use their resources to attack the critical Infrastructure of the country the hackers originate from. The team is known for an attack on Ireland’s health system that happened last year.

Russia targeting applications, websites, and infrastructure outside of Ukraine may be the reason why other countries feel the effects of attacks as well. According to Deutsche Welle, the Federal Police Office of Germany (the agency responsible for countering cybercrime in Germany) has reported significant increase in cybercrime as well – it was itself a target too.

The Impact of the War in Other Countries

According to NBC News, the US is also fortifying its cyber capabilities and getting ready for war in cyberspace too – there were rumors that the US president has been presented with a bunch of options in cyberspace, however, such rumors have never been confirmed. However, the US president said that the country is fully able to adequately respond to attacks aimed at targets in the US.

Knowing that, it shouldn’t come as a surprise to know that other countries are increasing their cyber spending too – experts are in disagreement of just how much money countries are investing in tackling cybercrime, but some allege the spending ranges somewhere in between of $2 million USD in smaller, more underdeveloped countries to $2 billion USD elsewhere.

In a 2017 article by NATO, in 2016 cyber forces of NATO apparently dealt with around 500 incidents every month. The same article also goes through what NATO allies are doing in support of cybersecurity as well – for example, the French were allegedly spending around a billion euros in support of cybersecurity, and the British spent around £2 billion to support cyber security in 2016 alone. We can make reasonable presumptions that for 2022, these numbers ought to be much higher as well. According to The Record, the amount of money that a country spends to improve its standing in cyberspace can’t be explained by its size as the amount of money spent varies so greatly, but all countries have one thing in common – they all spend more and more money to support cyber security (source – The Record):

As we can see, the amount of money spent varies from country to country, but one thing is clear – countries are ramping up their spending to counter espionage, incidents, and warfare in cyberspace and the war surely had an impact on that.

As the war in cyberspace is waging, many companies have thought about re-doing their approach to cyber security as well. Some of them reach their goals by making use of the services provided by data breach search engines such as BreachDirectory – the BreachDirectory API and data breach search engine helps them not only ensure that they didn’t fall prey to cyberattacks from the past by searching for their email addresses, usernames, IP addresses, or domains using the search engine, but also helps them implement the data into their own infrastructure in support of OSINT measures – a JSON response derived from the API provided by BreachDirectory is implemented into personal projects, helps people finish their Bachelor’s and Master’s degrees, and even helps tackle cybercrime for companies assisting law enforcement.

The war between Russia and Ukraine surely had an impact on developments in cyberspace – countries are seen to increase their spending to counter cybercrime online, and that’s only said to continue. No matter the outcome of the war, one thing is for certain – it forever changed the landscape of cyber incidents online too. We can make reasonable assumptions that law enforcement is going to deal with cybercrime even more effectively in the future – stay safe, employ the data breach search engine and the API offered by BreachDirectory to secure yourself, your team, and those close to you, and we will see you in the next blog.