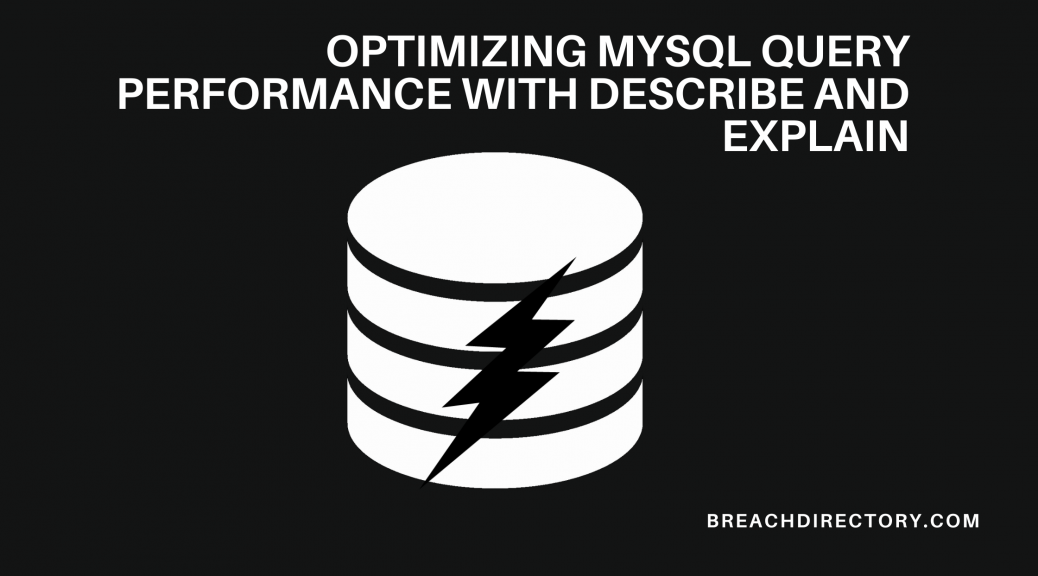 Here’s what it means:

The DESCRIBE statement can be useful when you have access to a MySQL server via SSH and are not sure what columns a database contains.

The EXPLAIN statement provides information about how MySQL executes statements. The statement works with SELECT, DELETE, INSERT, REPLACE, UPDATE statements, and, in MySQL 8.0.19 and later, also with TABLE statements.

This is how EXPLAINing a simple query looks like:

Here’s what it means:

The EXPLAIN statement is used with a statement that needs explaining to see the statement execution plan.

To get more information about the table structure we can also add the FULL keyword to the SHOW COLUMNS statement, so the statement might also look like this:

The SHOW COLUMNS allows column filtering by using the LIKE operator or WHERE clause too:

SHOW COLUMNS FROM demo_table WHERE ...;

That means that the column filtering feature can be used to see only columns that start with a, for example, certain letter or number, we can also use the WHERE clause to tell the database to find rows matching certain conditions.

The EXPLAIN is frequently used to obtain a query execution plan, but it’s usefulness doesn’t end there – the EXPLAIN statement can also be used to get information on already running queries. Suppose our database is running the following query (the SLEEP statement is in place to make the query run slower):

We can use the EXPLAIN FOR CONNECTION statement to run EXPLAIN for already running statements in the database which can be really useful if we want to find a query that has been running for a long time and we want to figure out why.

To simulate such a scenario we will use two separate sessions that connect to a database – one session will run our slow query (see above), the other will use the EXPLAIN FOR CONNECTION statement.