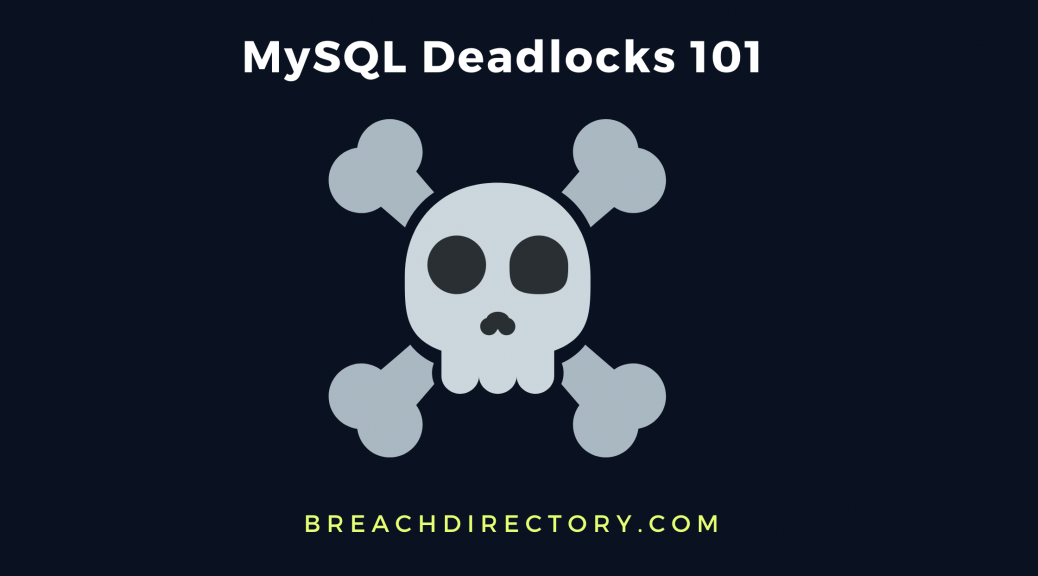 Sometimes when dealing with MySQL you might come across this slightly frustrating error:

This error message covers deadlocks – this is what we will try to explore in this post.

What is a Deadlock?

A deadlock occurs when different transactions are unable to proceed because each of them holds a lock that the other needs. As a result, none of the transactions succeed. This picture illustrates a deadlock:

It’s worth noting that a deadlock should not be confused with a lock – a lock occurs when a resource is being accessed by multiple processes at the same time, a deadlock on the other hand occurs when two or more transactions are waiting for one another to finish.

When using the InnoDB storage engine, deadlock detection is enabled by default – when a deadlock is detected, the engine automatically rolls back a transaction to break the deadlock. Exactly how many transactions will be rolled back is hard to tell because the engine picks transactions to be rolled back by determining how many rows are affected by the INSERT, UPDATE or DELETE operations.

In order to simulate a deadlock, we will use two tables with two open sessions to the same database.

In one session we will run the following queries:

In the second session we will also run similar queries:

And the following query on the second table:

When we run the queries in MySQL we should get the following error:

For another deadlock example, see the InnoDB documentation.

But deadlocks should not be seen as dangerous – in fact, even the MySQL documentation says that deadlocks are not dangerous. When a deadlock is encountered, a transaction could simply be restarted – restarting a transaction is one of the ways that helps deal with deadlocks in MySQL.

Dealing with Deadlocks in MySQL

Avoiding MySQL deadlocks isn’t just a job of the MySQL DBAs, developers might need to be involved in the process too. In general, to avoid deadlocks in MySQL we need to avoid the occurence of the Coffman’s conditions (deadlocks occur when all of those conditions are present):

In other words, we have a few options. We can: