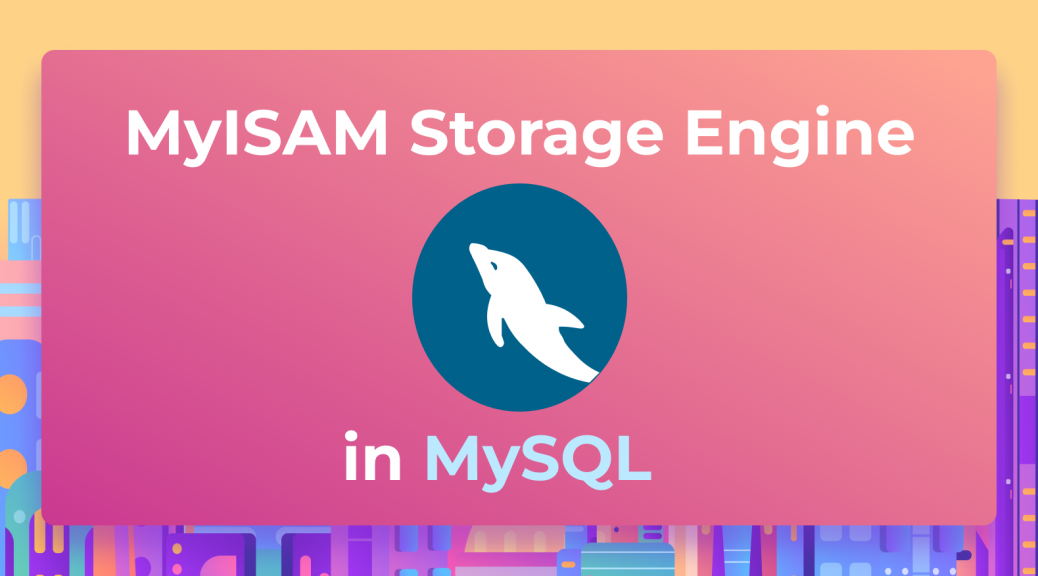 All MySQL database administrators are aware of its prominent storage engines – InnoDB (some are also aware of its modification made by Percona – XtraDB), MEMORY, CSV, MERGE, ARCHIVE, FEDERATED, BLACKHOLE, and so on.

Different storage engines are responsible for making different parts of MySQL work – and while InnoDB is widely considered to be one of the most prominent storage engines in the entire infrastructure of MySQL, for some time it also had a primary competitor to itself – MyISAM.

Many developers would say that MyISAM should be avoided like the plague simply for the reasons stated above – however, another very prominent problem with the storage engine is that its tables are very prone to table corruption. Because MyISAM does not support an ACID model (see above), it’s recommended to avoid using it on mission-critical systems. No ACID support means that if we run long-running queries and leave them running overnight and out electricity goes out, we can be sure that our data is not getting recovered – an error message of such nature may be a very good indicator that our database is in line for trouble as well:

Incorrect key file for table ‘demo_table’. Try to repair it

The error above is a huge red flag because it means that one or more of our MyISAM-based tables are corrupted and we need to load data into it from scratch, or, as MySQL suggests, repair it, whichever option is more feasible.

Contrary to popular belief,  MyISAM tables can get corrupted very quickly and for a multitude of reasons including, but not limited to:

Nowadays, even the best MySQL enthusiasts are not looking upon MyISAM favourably – since almost all of its features (full-text indexes, etc.) are now available in InnoDB as well, there’s no reason to use it as your primary storage engine for any reason.

Nowadays, many developers aim to get the best out of both storage engines. Indeed, many developers avoid MyISAM like the plague for the reasons listed above – however, for some, MyISAM’s ability to store data inside of separate files (such a capability can be achieved by enabling the innodb_file_per_table parameter) and its exclusive ability to display the row count inside of tables let some developers give the storage engine the benefit of the doubt regardless.

However, after taking everything into consideration, we suggest avoiding MyISAM – employ InnoDB or its Perconian counterpart – XtraDB – and you should do well!

After making adequate choices in regards to the storage engines available in MySQL, though, don’t forget that securing the infrastructure of your company as a whole is critically important too – make use of the capabilities provided by BreachDirectory’s API, make sure you and your team are safe by running a search through hundreds of data breaches, and we’ll see you in the next one!